ACEMS formally finished on December 31, 2021. For many of us, that marked the end of more than seven years of learning about each other, building relationships, producing some fantastic research, getting involved in ground-breaking media, outreach and stakeholder engagement activities and mentoring the progress of ACEMS members at all levels. Of course, not every ACEMS member was there at the start and, for some, the period of engagement with the above activities has been shorter. However, I’d like to think that ACEMS has had a positive influence on the professional development of every member, for however long they have been part of it. That is certainly what we have been trying to achieve.

When I wrote my 2020 Director’s Report, I had some hope that Australia and the world were over the worst effects of COVID. This turned out not to be true. ACEMS’ 2021 activities were still significantly affected by COVID, although the local effects were different across different nodes. Melbourne, for example, emerged in late 2021 as the world’s most locked-down city. Compared to that, ACEMS’ Brisbane and Adelaide nodes did not suffer from such heavy local restrictions, with the Sydney nodes in between. But all of us suffered from the fact that we could not travel to meet each other, and this affected many capacity-building activities such as cross-node research collaboration, joint supervision, mentoring, seminars and workshops that Centres of Excellence are meant to engage in. We didn’t give up on these things, moving them as much as possible to an online format, but I don’t think that it is quite the same.

There have been, of course, many other consequences of the COVID epidemic. Many ACEMS members have been confined to small apartments, have had to change their living arrangements or have faced uncertainty over the welfare of their loved ones. More generally, mentoring, networking and supporting each other have been harder because these activities mostly had to occur over Zoom or the phone. My students and I have found it challenging to discuss deep mathematical concepts over electronic media. And we all had to deal with increased workloads caused by financial problems in our institutions, the need to move teaching online and increased `management workload’. These things presented challenges for the morale and even the mental health of some ACEMS members. The senior people in ACEMS have been aware of this and have done their best to support people in their groups faced with such problems.

The ARC has a number of mechanisms for helping Centres of Excellence at all stages of their evolution. As part of this, a couple of years ago, I received a letter containing a list of things that the Executive should think about as ACEMS was nearing its completion. One of these was the suggestion that a Centre of Excellence should invest in having a celebratory Final Retreat.

We had every intention of doing just that in 2021 with a big gathering planned for the Gold Coast. Unfortunately, the Delta variant of COVID killed those plans and it looked like our final retreat would be similar to the online meeting we were forced to have in 2020. Fortunately, we got to a point in the pandemic where restrictions in all four ACEMS’ states were relaxed just in time so that we were able to pull together a hybrid retreat with four in-person venues and other members joining online from their homes.

The Retreat started off with Hugh Possingham’s plenary talk to students and early-career researchers, and continued with Sally Cripps’ great discussion about the interface between academia and industry, Ivan Corwin’s public lecture about extreme diffusion and Emma Burrows’ vision for a new academic system. Interspersed were research talks and panels from ACEMS members and our partners. There were opportunities for interacting with other members at the lunches, afternoon teas and dinners: the dinner in Melbourne was the first time that many of us had eaten away from home for four or five months.

On the last day of the retreat, I kicked off the first iteration of The Story of ACEMS. This is a concept that we are putting together for our legacy website. It is designed to be a concise history of ACEMS, noting the highlights in research, outreach, communications, and other areas where ACEMS has made an impact over the past seven years. Most importantly, it emphasises the progress of the people in ACEMS. Examples such as a PhD student who is now forging a career in a continuing position or a mid-career academic who has now won a prestigious medal or been elected to an academy are important.

Also on the last day of the Retreat, I exercised my Director’s prerogative and decided to award Outstanding Service Awards to ACEMS members who have made long-term and substantial contributions to ACEMS. In different ways, the recipients of these awards – Kerrie Mengersen, Emily Duane, Tim Macuga, Tim Garoni, Minh Nguyen and Rosanna Verde – all have had a significant effect on the progress that ACEMS has made.

On the staffing front, during 2021 Nigel Bean left the University of Adelaide, resigning from his roles as an ACEMS Chief Investigator, University of Adelaide Node Leader and Deputy Director Outreach. While I was happy to see Nigel moving on to exciting opportunities, I personally found this hard to adjust to – I’ve known Nigel since I met him when I was taking one of my first tutorials and he was a first-year student. Nigel remained with ACEMS as an Associate Investigator and continued to play a leadership role in his favourite outreach activity, MathsCraft. Nigel was replaced as a Chief Investigator by Lewis Mitchell, with Matt Roughan becoming Node Leader in Adelaide and Tim Garoni taking over as Deputy Director Outreach. I’d like to thank Nigel for his contribution to ACEMS and wish him all the best for his future activities. My thanks also go to Lewis, Matt and Tim for stepping into the breaches.

Another ACEMS leader who left the tertiary sector in 2021 was the Chair of the Equity and Diversity Committee, Rachael Quill. Rachael took on that position in 2020 shortly after she moved to Melbourne. I enjoyed discussing equity and diversity issues with Rachael very much. She taught me a lot. Rachael’s replacement as Chair of the Equity and Diversity Committee was Kate Saunders. Kate was one of the people who I was talking about when I mentioned ACEMS members who started as PhD students who have moved on to continuing positions. Kate obtained her PhD under my supervision, along with David Karoly and Alec Stevenson (CSIRO). She has now arrived at a continuing position at Monash via a postdoctoral fellowship in The Netherlands and a fixed-term lectureship at QUT. Her leadership qualities have always been apparent and it’s great to see them recognised.

During 2021, as it was coming to the end of its funding, ACEMS was acutely aware that many of its graduating students, early career researchers and professional staff who did not have continuing positions would have to move to the next phase of their careers in a very difficult environment, with businesses and universities downsizing and cutting positions. On the other hand, ACEMS had saved some projected expenditure because travel and face-to-face conferences did not occur. To the extent that it could, ACEMS used these savings to smooth the transitions of its members to their next positions via funding appropriate training, research assistance or bridging positions. Notable were the Research Sprint Scheme, the Ideas Challenge for Partner Collaborations and Engagements, the Carers Support Scheme and Professional Staff Training and Development Fund.

There are a number of ACEMS initiatives that will continue. Plans are in place for ‘The Random Sample’ podcast, which produced its 68th episode, on `The Story of ACEMS’ in late 2021, to be managed by a committee, some of whom have been ACEMS members. ACEMS leaves a legacy of other Centres that, to a greater or lesser extent, have benefitted from the community and resources that ACEMS was able to provide. The Mathematical Research Institute, MATRIX, which is currently located at the Creswick campus of the University of Melbourne, provides an environment for live-in specialist workshops that is common in many countries, but which we had not previously seen in Australia. The ARC Industrial Transformation Training Centre OPTIMA, under the Directorship of ACEMS CI Kate Smith-Miles, has a number of ACEMS members as Chief Investigators. At QUT and UNSW respectively, the QUT Centre for Data Science and the UNSW Data Science Hub have grown from relationships nurtured within ACEMS.

I’d like to extend a special thank you to the Chairman of the Governance Advisory Board (GAB), Ron Sandland, who has been with ACEMS for its entire existence, including the interview at the ARC before the Centre was even funded. As well as being a great sounding board on ACEMS matters, Ron has also become a personal friend, who has provided wise advice to me on many different things. I also want to thank the GAB and Scientific Advisory Committee members, many of whom are distinguished members of our community worldwide, for their contribution to ACEMS, much of which occurred at times that were personally inconvenient due to our various time zones. 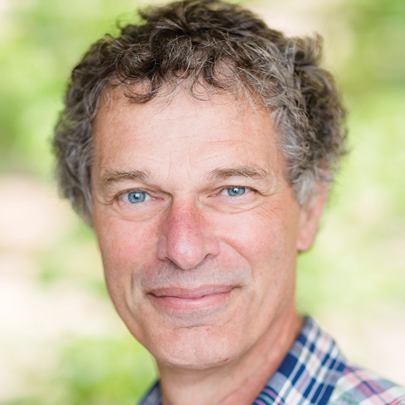