Data is vital in the modern world. The Australian Academy of Science recognised that fact as it elected ACEMS Chief Investigator Rob Hyndman to its class of 2021 Fellows.

Rob is Head of the Department of Econometrics and Business Statistics at Monash University. Rob is a statistician, and more specifically, a forecaster.

“Statistics is becoming more recognised in the wider world as an important discipline. Part of that is the increased collection of data everywhere and the need to develop new tools to handle and analyse those collections of data,” says Rob.

Rob believes other disciplines now appreciate the difficulty of finding the stories hidden within all the data now being collected.

“This is what statisticians have done for decades. We have been rediscovered by a lot of other disciplines who may not have thought they needed statistical or data analysis help," says Rob.

“This recognition by the Science Academy is part of that story.”

In November 2020, the Academy of Social Sciences of Australia also elected Rob as one of its Fellows. It is a rare occurrence that someone is elected to both academies.

“One of the cool things about being a statistician is you get to work in lots of different areas, so you can get to make an impact in social science, as well as science,” says Rob.

Rob now shares the honour of being a Fellow in both academies with ACEMS Deputy Director Kerrie Mengersen.

In addition to the attention statistics is now getting in the broader sciences, Rob is also grateful to see the recognition forecasting is getting within the statistical community.

“I have spent much of my career feeling like the things that I chose to work on were not valued by the senior people in my discipline. I’ve had trouble getting papers published in good journals because it was not seen as important enough work. Getting elected as a Fellow of these two prestigious academies shows that things have changed,” says Rob.

In electing Rob as a Fellow, the Australian Academy of Science specifically recognised his research in time series forecasting. The Science Academy citation reads:

“Time series data are endemic in many fields of science and business, but forecasting is notoriously challenging. Hyndman co-developed fundamental state-space theory for these data that underpin the most widely used time series methods in the field. His methods for automatic forecasting, forecast reconciliation, functional time series, feature-based analysis and computational time series have had an enormous influence on the field.”

The Academy also acknowledged the textbooks and software Rob has written and shared. Rob is a strong proponent of open-source software, and his forecasting software has been downloaded millions of times. 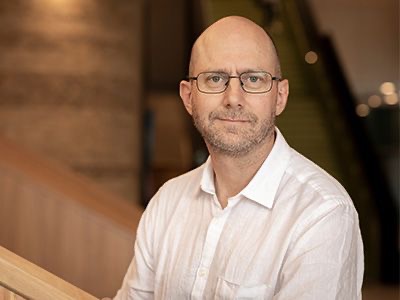