VicRoads plans, develops and manages the arterial road network and delivers road safety initiatives and customer-focused registration and licensing services. The key role of VicRoads is to help provide Victorians with safe and easy connections to the people and places that matter most to them.

VicRoads is now part of the Department of Transport, providing an integrated state transport department.

ACEMS collaborates with VicRoads to address cutting edge traffic modelling technologies as well as operations research and other methodological approaches.

In 2022, ACEMS researchers extended their engagements and collaborations with VicRoads and across the wider Victorian Department of Transport (DoT), of which VicRoads is now part.

Both ACEMS researchers and VicRoads/DoT engaged with the ACEMS Ideas Challenge opportunity, and various ideas were put forward for projects.

ACEMS Samithree Rajapaksha was awarded her PhD, co-funded by VicRoads and ACEMS, in May 2021. A number of the research questions in her PhD were directly motivated to help industry through conversations with ACEMS Partner VicRoads.

These topics of interest to transport including VicRoads were:

In order to increase the outputs from this research, ACEMS awarded Research Sprint Scheme funds to support the conversion of key chapters in Dr Rajapaksha’s thesis into research papers for submission to appropriate academic journals, including in statistical mechanics and in traffic engineering.

Strategic Meeting: ACEMS and Leaders Across Department of Transport

In late October, VicRoads and ACEMS organised and hosted a strategic meeting for leaders from key business areas across the Victorian Department of Transport to meet with key researchers from ACEMS.

The aim of the meeting was to increase connections across the organisations, including for future engagements and collaborations, hear presentations on key work of DoT, provide a forum for discussion of this work, provide an overview of how researchers at ACEMS (including its University of Melbourne and Monash nodes particularly) have collaborated with VicRoads historically and may in the future, including beyond ACEMS.

There were three main presentations at this meeting including:

Other areas of VicRoads/DoT represented at the meeting, with ACEMS researchers including CI Tim Garoni, AI Joyce Zhang and RF Jiadong Mao, included:

This provided important industry context, and overviews from different business areas ACEMS researchers had not yet collaborated with, leading to fruitful Q&A and discussion with researchers, and has laid strong foundations for proposed future collaborations.

Further, two DoT/VicRoads staff - who developed new research collaborations with ACEMS in 2021 that will continue into 2022 - delivered presentations at the Retreat, namely: 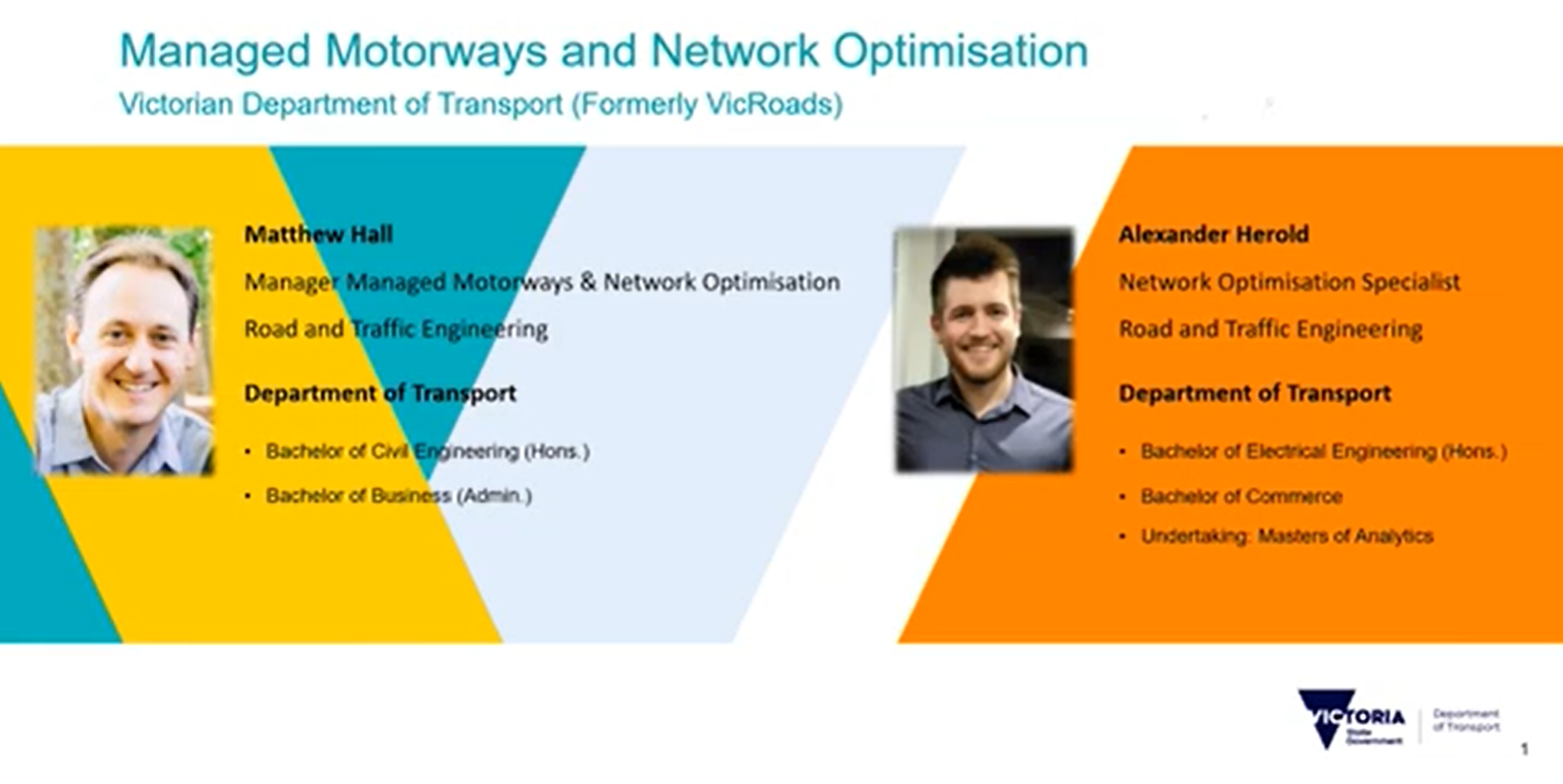 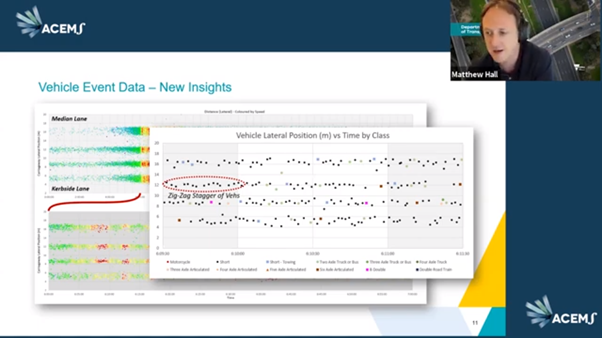 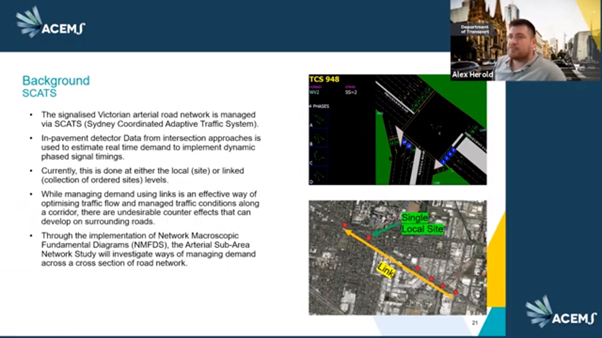 The Centre is delighted that the Department of Transport Victoria, including VicRoads, plans to continue their collaborations with ACEMS researchers from the University of Melbourne and Monash post-ACEMS.