The Bureau of Meteorology is Australia's national weather, climate and water agency. Its expertise and services assist Australians in dealing with the harsh realities of their natural environment, including drought, floods, fires, storms, tsunami and tropical cyclones.

The Bureau of Meteorology (BOM) has been a valued ACEMS IAM since 2017 through to the conclusion of ACEMS as a Centre of Excellence in 2021. Over the years, BOM and ACEMS members have benefited from a range of engagements and collaborations, across different ACEMS specialisations, nodes, and BOM groups. These engagements include workshops, briefings, research projects, seminars, research planning, and research retreats, with representatives from BOM meteorology, data assimilation and operations, and the Australian Climate Observations Reference Group. There have been special engagements for the exploration of extreme weather events, floods, and bushfires, attribution science, plus to explore weather science challenges (including data homogenisation, handling data uncertainty, quantitative, and methodological challenges).

Industry, including BOM, has a critical dependence on academia – and my respect, understanding, and knowledge flows from decades of international collaboration.

2021 was another year of valuable relationship building and knowledge transfer between BOM and ACEMS, which we believe will see dividends including ongoing and new collaborations forged between past ACEMS members and BOM staff in the years to come. 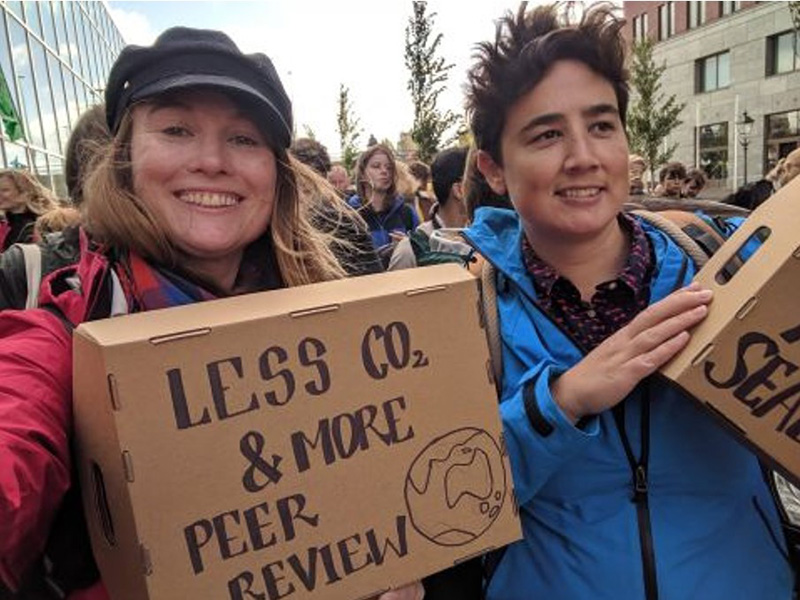 Kate Saunders (left) and Kirien Whan in 2019 at the climate march in the Netherlands.

Climate Change: Increases the Need for Forecasts and Warnings

Climate change is increasing the number of communities at risk of bushfires. Thus, the need to deliver accurate weather forecasts of fire conditions, and timely bushfire warnings, has never been more pressing.

The Importance of Wind Observations Network

Wind observations, obtained in real time, are necessary to forecast weather that contributes to high fire danger and to accurately predict the evolution of a fire front. Yet, stations in the official observing network are not optimally positioned to observe wind. Extreme wind events can occur on highly localised spatial scales and official stations are separated by large geographical distances, so many important wind events go unobserved. Examples of such events include: thunderstorms which can ignite fires via dry lightning; and extreme wind gusts which contribute to ember transportation. Official station locations are also concentrated in urban centres, not in regional or rural areas of high fire risk.

For improved forecasts of the wind variables needed to understand fire front evolution, the spatial coverage of stations in the observing network should be increased. This is particularly important as we move to higher-resolution numerical weather models, for both model verification and statistical post-processing of forecast errors.

Addressing the Challenges of Spatial Coverage for Wind Observations

Increasing the spatial coverage of the official stations across Australia is impractical due to the large distances, costs of installation and costs of ongoing maintenance. Instead, there is an exciting opportunity to use strategically placed personal weather stations to meet the future forecasting needs. This work will include model adaptation to Australia, quality assurance of Australian crowd-sourced wind data, and the use of statistical-optimisation to consider the optimal placement of stations in a region of high fire risk. It will help build cross-organiastional and citizen science collaborations and support to scale the research and network around the use of crowd-sourced wind observations in weather forecasting and fire modelling applications.

Accurately predicting when a change in wind direction will occur is important for understanding movement of the fire front and planning early evacuations. In order to improve the reliability and accuracy of forecasts on days such as this, and other days with high fire danger, the Bureau of Meteorology has been tasked with the objective of increasing spatial coverage of stations in the observing network. If a mix of official stations and personal weather stations (PWSs) were used, compared with only adding official stations to the network, a much higher spatial coverage of stations could be achieved for the same cost.

The Opportunity and Challenges with Amateur Wind Observation Data

PWSs are maintained by amateur scientists, sometimes called citizen scientists. We will refer to observations from these stations as crowd-sourced, as a person does not need to be a citizen of a country to collect data. An advantage of PWSs is that they are much much cheaper to install and maintain compared to official stations. This low cost encourages widespread community uptake, and in many remote locations PWSs are the only source of data. The catch is that PWSs generally record observations of much lower quality compared with official stations and are subject to other errors related to non-standard recording practices. Lack of trust in the data quality of crowd-sourced wind observations has prevented the use of these observations in studies of meteorology and climate. There is a very valid concern that `garbage data inputs` equals `garbage model outputs`.

Given this data quality concern with PWS data, to date there has also been no investigation into the use of crowd-sourced wind observations for modelling the evolution of a fire front. However, for other meteorological variables, mainly temperature and precipitation, research has demonstrated with appropriate quality control PWSs can contribute high-quality observations that can complement official measurements. Therefore with appropriate statistical treatment, crowd-sourced wind observations have potential to be used in forecasting or fire modelling applications.

Quality assuring wind data offers very different statistical challenges compared with variables of temperature and precipitation. Wind is far more stochastic in behaviour than temperature, wind speed and wind gust measurements are heavily dependent on wind direction, and wind measurements will vary depending on the sensor height above the ground. Instrumentation is also non-standard for PWSs, which results in different sensor sensitivities in a single network of stations. Stations are also commonly not placed according to standards outlined by the World Meteorological Organisation (WMO). As a consequence, measurements obtained at PWSs are often spatially inconsistent, and low wind speeds may be censored. 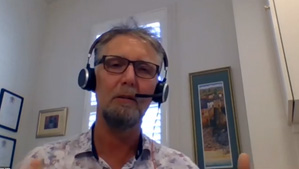 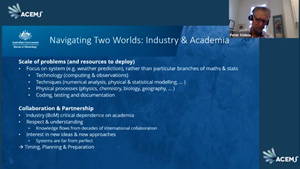 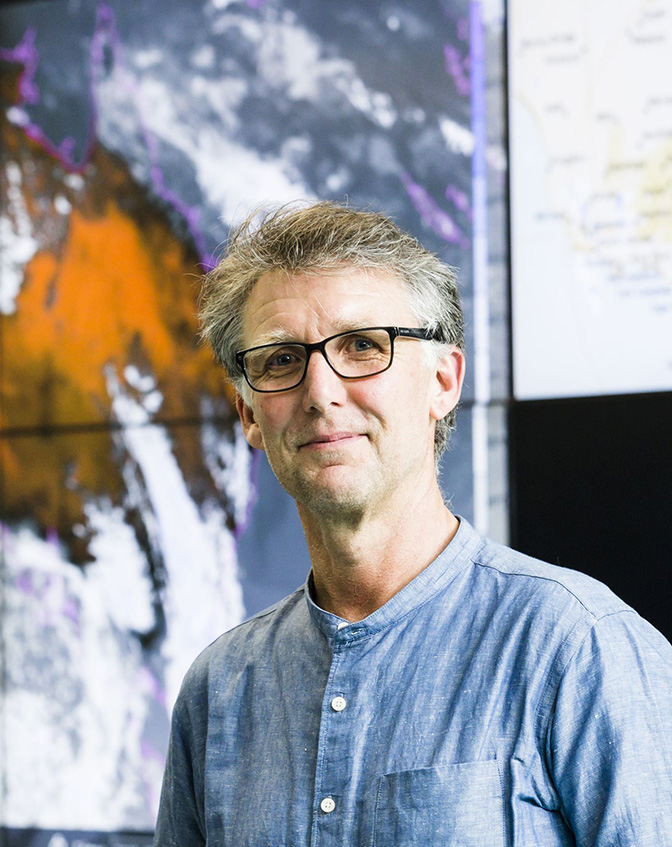 There, Peter provides the scientific leadership for the BOM's team responsible for the development of Data Assimilation Systems for Numerical Weather Prediction. This is part of the Australian Community Climate Earth System Simulator (ACCESS), Australia's principal modelling system for weather and climate prediction and research. He is also engaged in BOM's strategic decadal research planning, which includes modelling and, increasingly, data science.

The ACEMS collaboration with BOM has realised important impacts, including for: 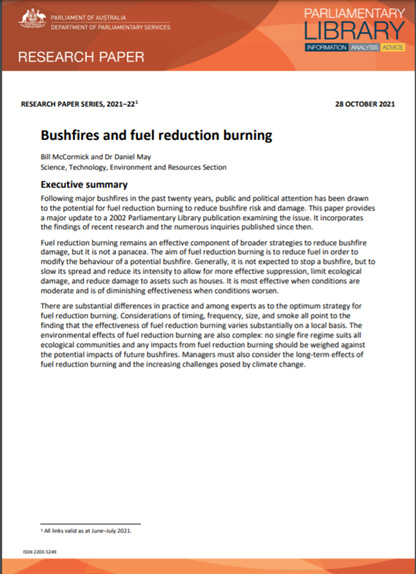 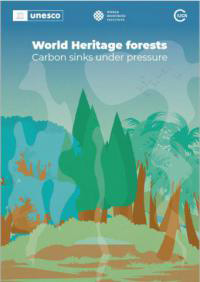 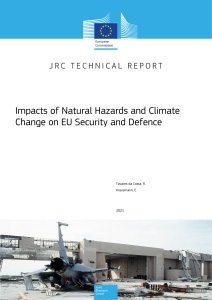 Back to Industry Affliate Members