International Women in Mathematics Day once again allowed ACEMS to showcase so many amazing women in our Centre and around Australia.

The day is celebrated annually on 12 May, the birthday of Maryam Mirzakhani, the only woman ever to win the top award in mathematics, the Fields Medal. Maryam passed away in 2017 at the age of 40 from breast cancer.

After having to do everything virtually in 2020, ACEMS led multiple in-person and online events on the day leading up to it.

ACEMS kicked off things a week early with a special guest from the United States. Author and mathematician Dr Eugenia Cheng gave a virtual public lecture and was the guest on our podcast, The Random Sample, that week. Dr Cheng has been featured in the New York Times, presented TED Talks, written several books, and even appeared on CBS TV’s "The Late Show with Stephen Colbert".

Random sample – A Mathematical Approach to the Issue of Gender Inequity

In her public lecture, Dr Cheng talked about her new book, “x + y : A Mathematician’s Manifesto for Rethinking Gender”. She discussed her new mathematical approach to how we can approach the issue of gender equity and, also, how we can make mathematics more inclusive.

In Melbourne, ACEMS was proud to host the just-released "Australian Women of Mathematics" Exhibit. ACEMS Chief Investigator Kate Smith-Miles (pictured right) was one of the driving forces behind the creation of the Exhibit. She spoke at the Melbourne event.

The Exhibit was also the subject of The Random Sample podcast on that day. Kate was the guest, and ACEMS Equity and Diversity Chair Rachael Quill hosted the episode. 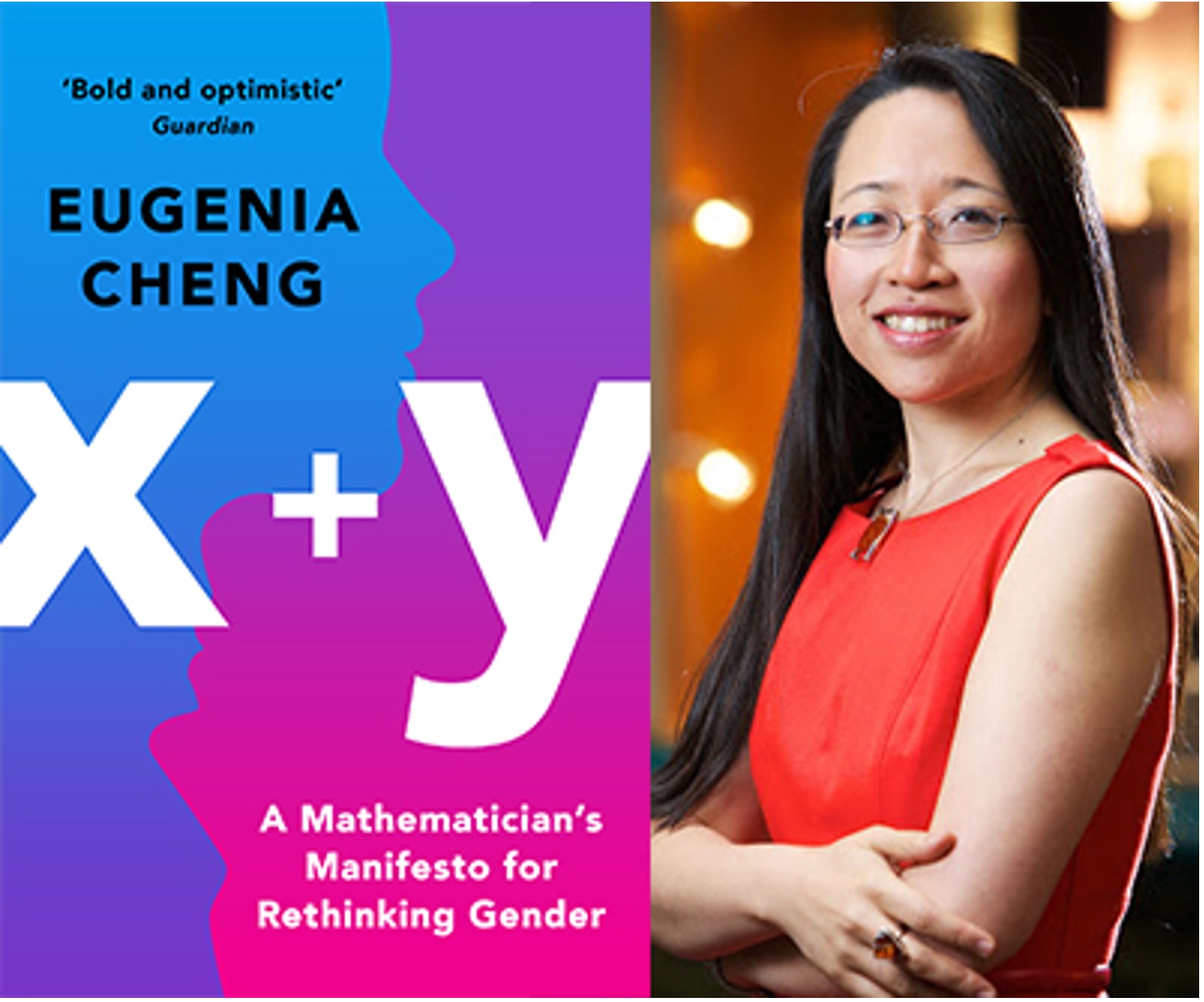 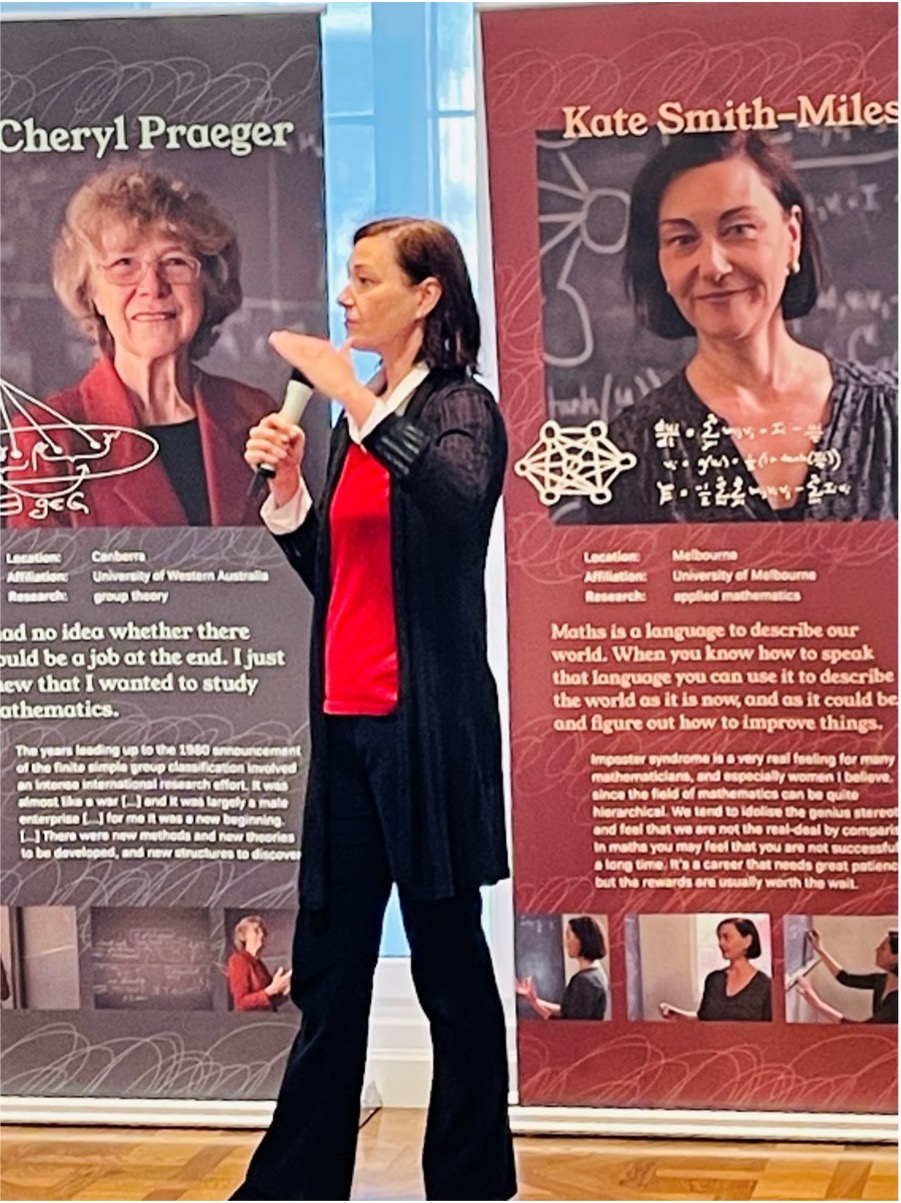 The University of Adelaide hosted a panel discussion, “The Wide World of Maths.”

ACEMS PhD candidate Aline Kunnel hosted the panel discussion, exploring what you can do if you study maths and stats. The panellists were:

ACEMS also hosted a virtual, national panel discussion on the day, “The Road Ahead for Women in STEM”. Hosted by Rachael Quill, we explored what we can do moving forward to make academia more inclusive and get more women in higher-level STEM jobs. Our panellists:

Finally, for a third straight year, ACEMS led a video message campaign featuring women from around Australia. In addition, the campaign also included a special video from men in our Centre. 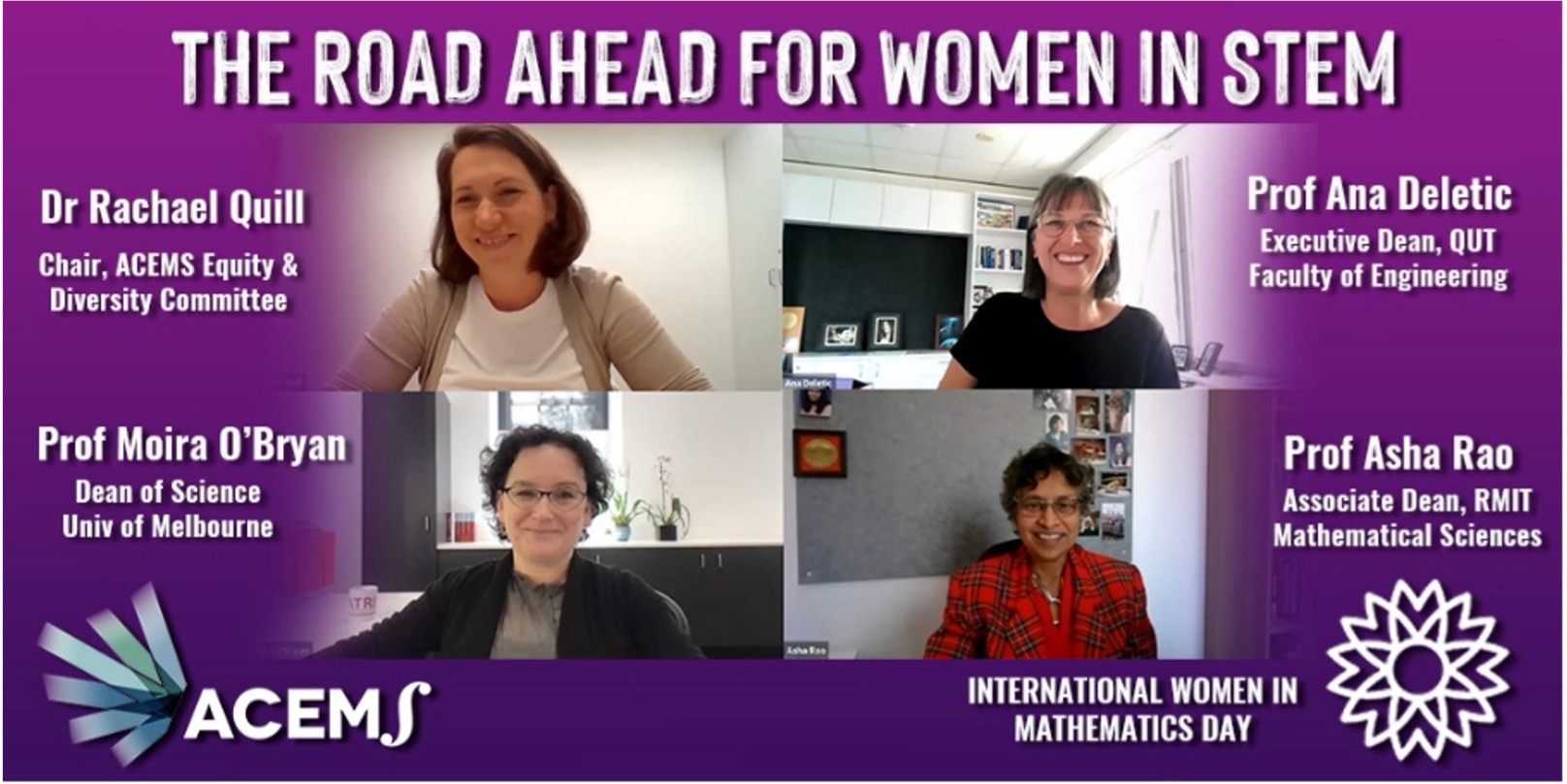