AT&T is “the first truly modern media company” and has been “changing the way people live, work and play for the past 144 years”.

It started with Alexander Graham Bell’s telephone and, since then, AT&T’s legacy of innovation extends to “the invention of the transistor – the building block of today’s digital world – as well as the solar cell, the communications satellite and machine learning”. Other firsts include the introduction of sound to motion pictures to forever change the entertainment experience.

More recently, it added Warner Media – with its 100-year plus legacy in entertainment – to the company and launched the first premium network in HBO and introduced the world’s first 24-hour all-news network in CNN. AT&T is a global leader in telecommunications, media, and entertainment, with its diverse businesses that provide customers with connectivity, technology, entertainment, news, advertising and more.

AT&T has maintained its commitment to research and development, including through the work of its scientists at AT&T Labs. AT&T also leverages its partnership with ACEMS researchers, including to enable inventive solutions and explore a range of applications of theory relevant to its diversified business units. Historically, this has included network security, graph theory and, more recently, will encompass work on visualisation tools and investigating relationships in multivariate spatio-temporal data. 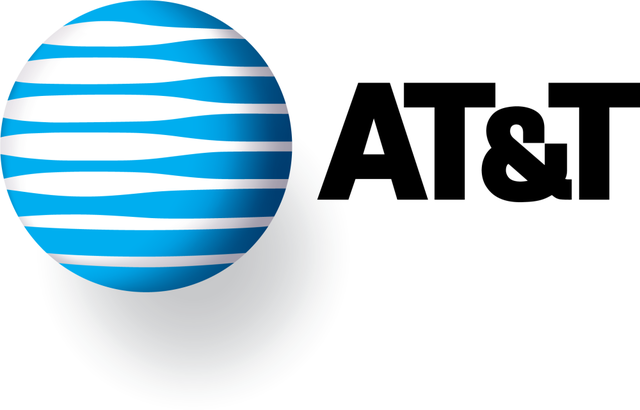 2021 has been a fruitful year for AT&T and ACEMS. Highlights include:

This has provided a strong foundation and intention to continue enjoying the benefits of collaborating post-ACEMS into 2022 and beyond.

Over the years, ACEMS and its members have enjoyed the opportunity to connect with multiple research-trained practitioners at AT&T, particularly in the AT&T Research Group.

Historically, this collaborative research has included pioneering discovery work on Internet traffic, in a fruitful series of projects, presentations and engagements between CI Matt Roughan and former PI Walter Willinger. Matt's work - bridging between mathematicians and engineers and computer scientists - benefits network engineers, and includes studying traffic matrices, which show the volumes of traffic in any network from the sources to the destinations, with the goal of optimised network design. This work has been recognised by the Association for Computing Machinery (ACM) - the world's largest educational and scientific computing society, which made Matt an ACM fellow, citing his "contributions to internet measurement and analysis, with applications to network engineering". ACM Fellowships represent the top 1% of ACM members for their "outstanding accomplishments in computing and information technology."

In 2021, ACEMS was delighted to extend its collaborations within AT&T, to include Chris Volinsky, Assistant Vice President of Data Science and Artificial Intelligence, and to continue work with Emily Dodwell (including while on secondment from AT&T at a start-up), under the leadership of ACEMS Associate Investigator Di Cook.

Assistant Vice President of Data Science and AI at AT&T

Chris has been with AT&AampT since interning 23 years ago as a postgraduate student, completing a PhD in statistics from the University of Washington. His roles at AT&T have transitioned from working in applied statistics, knowledge discovery and databases, large-scale data mining, recommender systems, social networks, statistical computation, and anomaly detection data mining.

Emily currently focuses on predictive modelling for advertising applications, the creation of interactive tools for data analysis and visualisation, and research concerning ethics and fairness in machine learning. She is a member of ‘R Forwards’, the R Foundation task force on women and other underrepresented groups. Prior to joining AT&T Labs in 2015, Emily taught high school maths for three years at Choate Rosemary Hall. She received her M.A. in statistics from Yale University and B.A. in mathematics from Smith College.

Australia and other countries have recently experienced the devastating impacts of bushfires. Increasing the availability of tools and models for understanding and mitigating bushfire-related risks is an urgent priority. Infrastructure is also at risk of damage, destruction, and/or disruption to services supported, from bushfires. AT&T has one of the world's most advanced and powerful global communications infrastructure networks, carrying petabytes of traffic on an average business day. This infrastructure is at risk from bushfires.

AT&T and ACEMS were awarded Ideas Challenge funding to collaborate on a project entitled “Multivariate spatio-temporal visualisation with application to Australian bushfire detection, causes and risk”, building on earlier work, and aiming to deliver public benefits beyond supporting AT&T’s work to protect its valuable communication infrastructure.

Learn more about the project below.

The 2019-2020 Australia bushfire season was catastrophic in the scale of damage caused to agricultural resources, property, infrastructure, and ecological systems. By the end of 2020, the devastation attributable to these Black Summer fires included 33 lives lost, almost 19 million hectares of land burned, over 3,000 homes destroyed and AUD $1.7 billion in insurance losses, as well as an estimated 1 billion animals killed, including half of Kangaroo Island’s population of koalas. The summer of 2021 has seen devastating wildfires in the northern hemisphere, including Canada, USA, Turkey, Greece, Italy, Russia. That July was the hottest ever recorded and was a likely contributor. This raises cause for concern, as Australia moves into summer. Increasing the availability of tools and models for understanding and mitigating the risk this year is imperative.

The initial collaboration began when Emily Dodwell visited Monash University and Queensland University of Technology, in Feb 2020. The initial goal was to develop multivariate spatio-temporal visualisation for complex emergency call data. AT&T call data is privacy protected, so another data example was needed for testing and communicating findings. With the Australian bushfires freshly burned into our minds, and almost prevented Emily’s travel, we used open data on the Victorian bushfires as the example data. The collaboration has produced an R package, spotoroo available on CRAN, an accompanying paper, and a web app. The package and paper detail a spatio-temporal clustering algorithm applied to satellite hotspot data, to remotely detect fire ignition and track fire movements. The project involved extensive data fusion (using historical fire cause data, weather, proximity to locations such as campsites and roads), to develop a model for bushfire ignition causes, to predict the causes of fires detected by spatio-temporal clustering of 2019-2020 satellite hotspots. The data collection and predictions are available to a general user through the VICfire app.

The goal of the collaboration was to develop risk models and visualisations, to monitor potential fire ignitions and track fires from satellite hotspots, in real-time, for the 2021-2022 Victorian bushfire season, to be made publicly available by extending the existing web app.

The environmental resiliency research group at AT&T were consulted on the work and given the rights to use the models and visualisations developed.

The researchers engaged with other ACEMS researchers on bushfire modelling and monitoring, with the goal to provide expertise on visualisation and data fusion tools, and receive expertise on fire models, and utilise private data such as lightning.

The team, including Chris Volinski, Emily Dodwell, ACEMS AI Di Cook, and an ACEMS RA, developed real-time risk visualisations to implement in the existing app, for testing as early as during the 2021-2022 bushfire season, for monitoring and predicting risk under different weather, time and space conditions.